Get a loan or apply for car finance

Western union money transfer – Humanity now lives in a global village. One of the aspects that has emerged from this evolution is the fact that human beings are now breaking new territories by traveling to different parts of the world for career opportunities, business and leisure. It is also not surprising now to find people settling in different parts of the world far from home and families. The distance in settlement locations has also meant that financial resources have had to be transferred more frequently from one part of the world to the other. 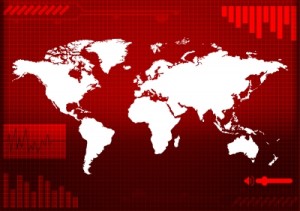 What sets Western Union  apart from others is the fact that money transmitted through them is received in any part of the world within minutes of being sent. For effective money transfer transaction, the following information should be exchanged between the sender and the receiver, MTCN which is the money transfer control number allocated to every transaction, amount of money to be received, name and address of sender which basically implies the full name as per the ID or Passport, postal address, city, country and contact numbers, test question and answer which are submitted by the sender and which must be answered by the receiver of the money.

Western Union also offers its clients the pre-paid debit master card which allows clients to load the amount of money they want on the card and use it to make online purchases, pay bills and have the ability to track balances. The pre-paid card is secure, allows for easy management of money and there are no purchase transaction fees and there are no minimum balance fees demanded.

From the above, its clear to see that Western Union is living up to its promise of convenience, trust and reliability in money transfer.

Get a loan or apply for car finance